When I hear people on TV documentaries talk about Al Capone’s last months in prison and his death almost eight years later, the information they give rarely matches his prison records.

On October 24, 1931, Capone was sentenced to a total of 11 years—10 years in federal prison (for income-tax evasion), and one year for contempt of court (he failed to show up to a grand jury investigation). The contempt of court charge was to be served in Chicago.

Had Capone served those 11 years, he would have been released in 1942. However, because of his good behavior in prison, he accumulated "good time," shortening his sentence. He was never "paroled," since the parole system was not in effect at the time of his sentencing. He was released from prison on November 16, 1939.

Less than a year before his release, on February 5, 1938, Capone’s life changed forever when the syphilis he’d been fighting for many years finally attacked his brain. His family wanted him transferred to a federal prison hospital, such as the one in Springfield, Missouri, but the Bureau of Prisons said Capone would have to be found insane by a jury first. Al would lose his good time, and end up incarcerated for many more years. Rather than keeping Capone in the system, his family took him to a private hospital. After a few months of treatment there, Al’s family took him home, knowing that the prognosis was not good.

These key documents track Capone’s release from prison, and follow him until his death in 1947 at the age of 48. 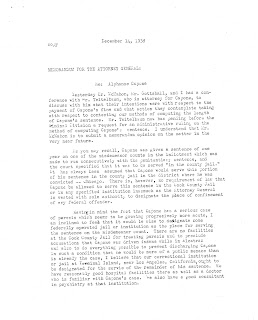 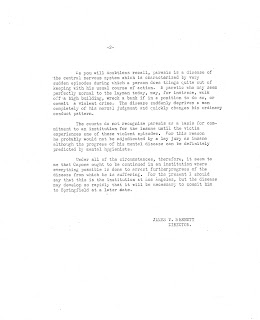 December 14, 1938: “Memorandum for the Attorney, Re: Alphonse Capone” (to Attorney General Homer Cummings from Bureau of Prisons Director James Bennett) 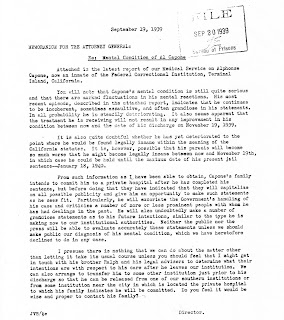 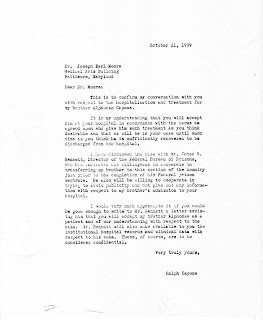 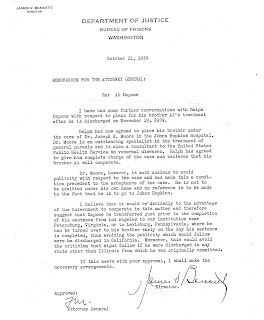 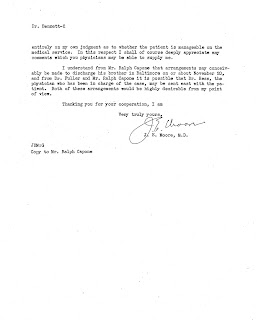 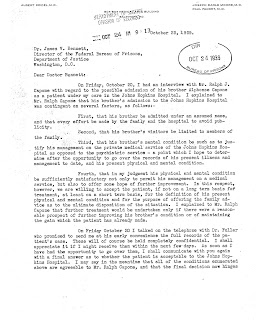 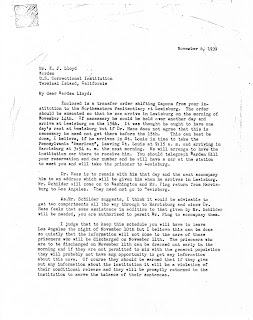 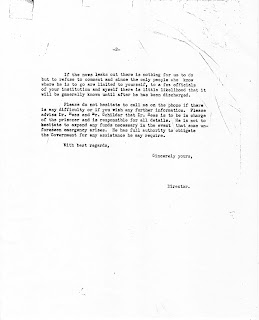 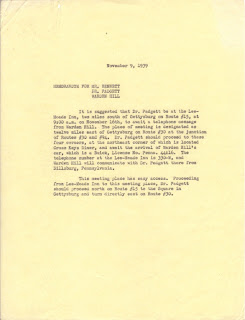 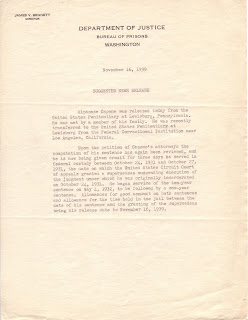 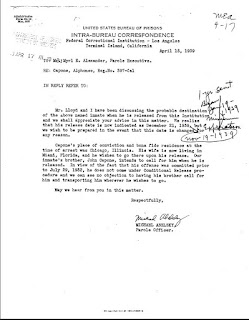 The letter above was written before Capone's release from Terminal Island. In it, Parole Officer Michael Abelsky points out that Capone will not be "on parole," since he was sentenced in 1931, before the parole system was instituted (in June of 1932). Instead, Capone owed his early release to his "good time"—time earned for good behavior before his release. The document below, from the Code of Federal Regulations, explains the difference between the two systems. 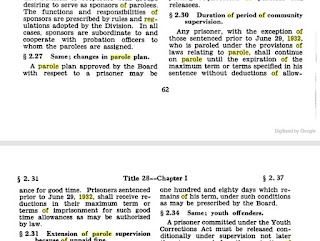 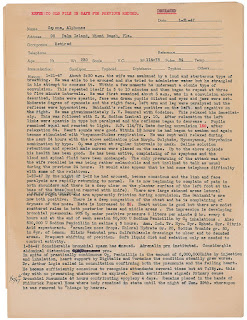