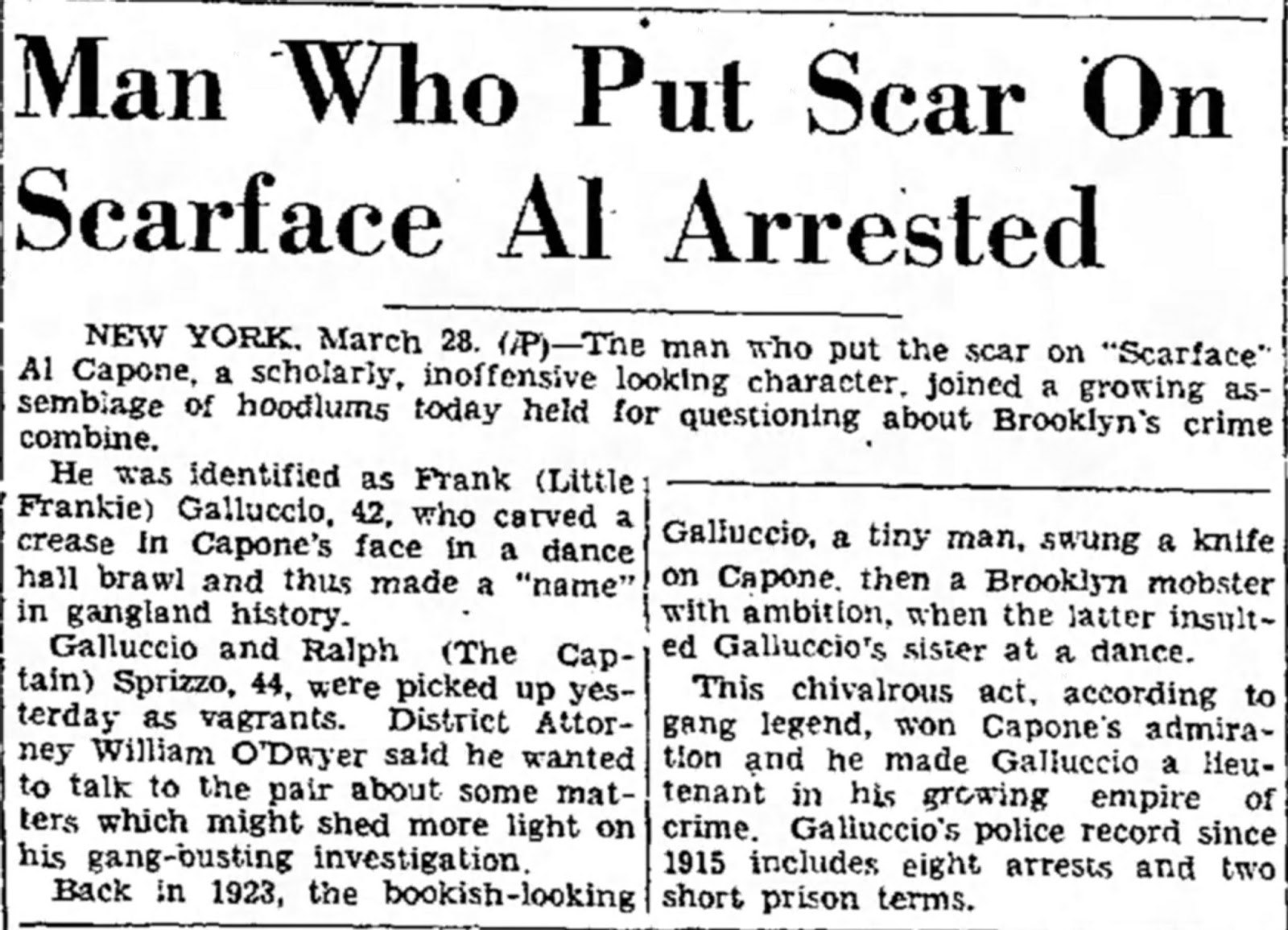 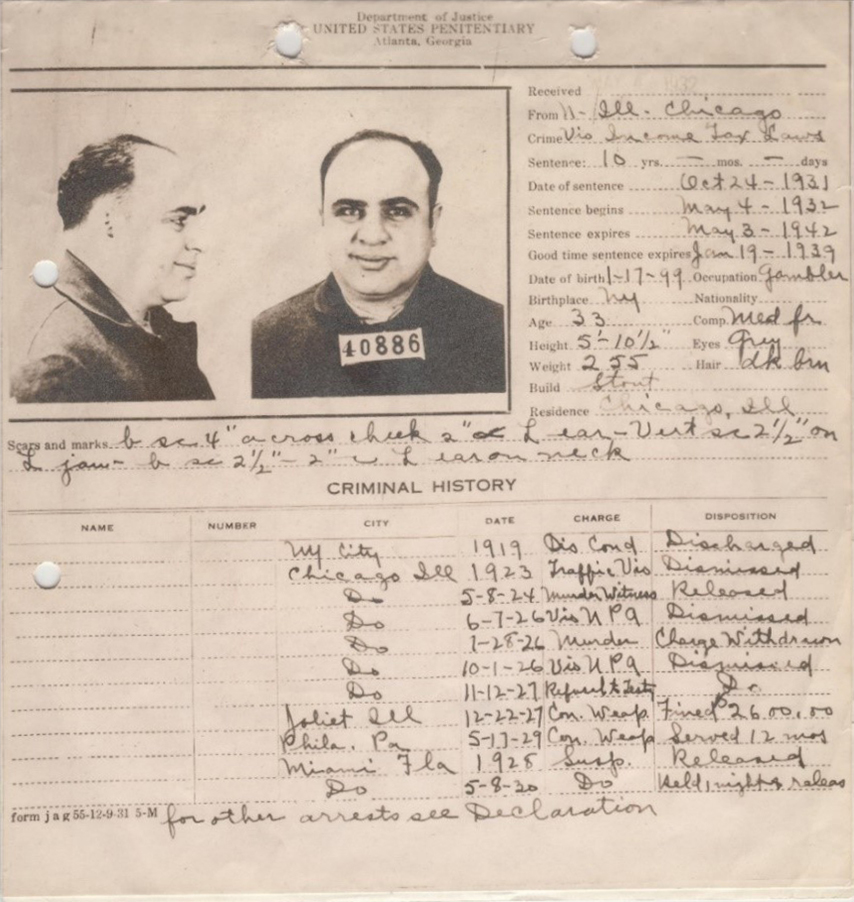 Capone’s scars are listed in the middle of the page. All four are on the left side of his face.
If Galluccio had been the one who "carved" the scars into Capone’s face, he would have had to attack him four times, another unlikely scenario.
The rap sheet lists Capone's height at 5 feet, 10½ inches. His weight was 255 lbs. It would have been a tough fight for “Little Frankie.” 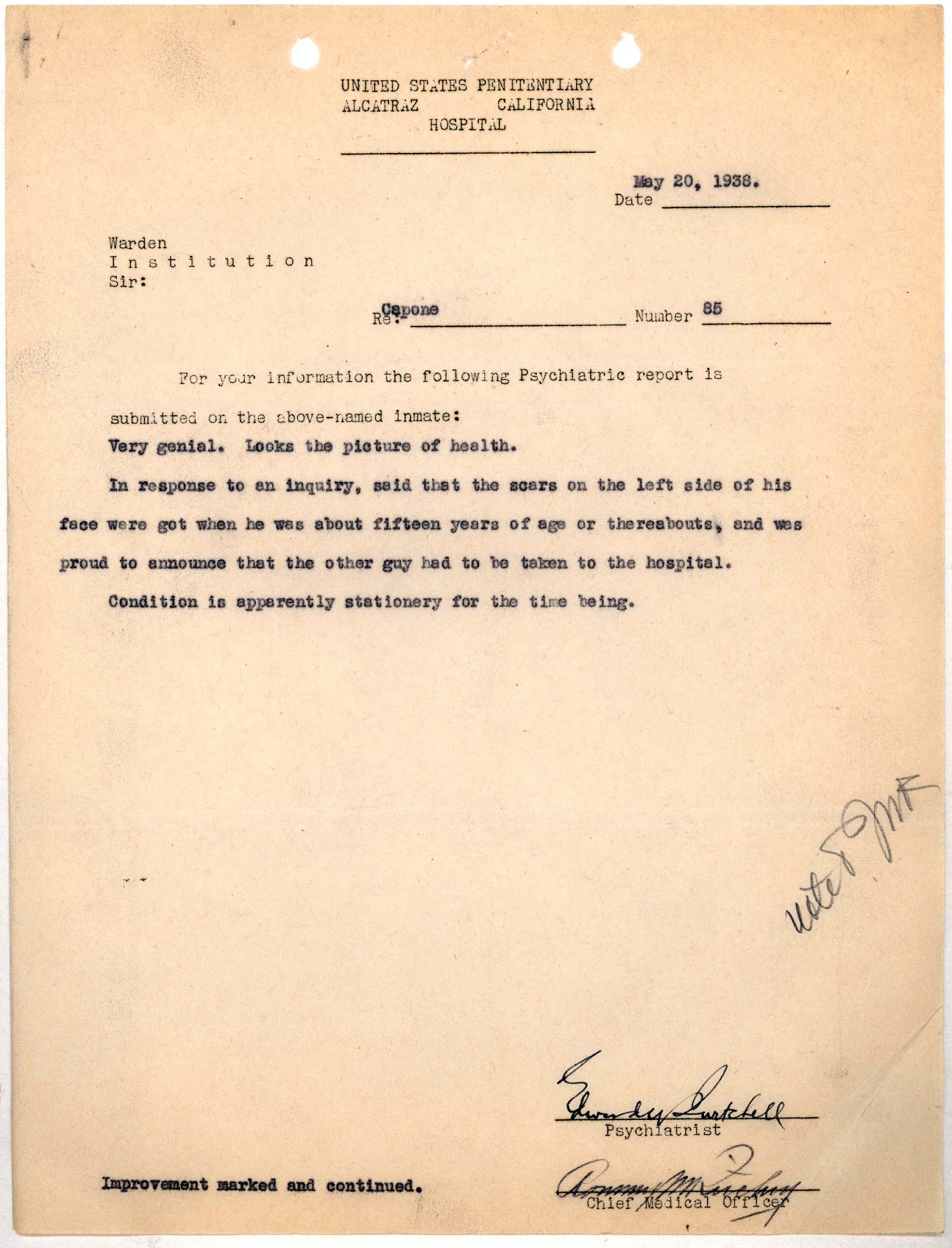 This later document, from when Capone was incarcerated at Alcatraz in the 1930s, shows that Capone told his doctor that his scars came from a fight when he was 15 years old.
Could a right handed person have hit Capone in the face with a broken bottle, causing the four scars?